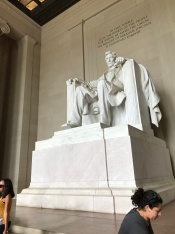 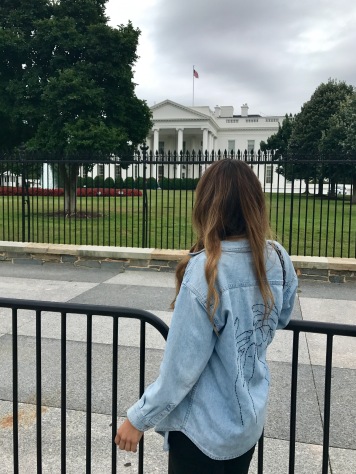 Processed with VSCO with hb2 preset

Another Day. Another Adventure.

Spontaneous trips are what I live for. My girl Cait texted me saying that we’re going to Washington D.C. and whatever Cait says, go’s. I packed a bag and headed to Las Vegas where we would then board a plane the next day and take off for a five- hour flight. I made sure to download lots and lots of podcasts (This American Life being my go to as well as Ted Talks and On She Goes). Since Cait and I are avid travelers, we know exactly what to pack: ear phones, portable charger, snacks (and lots of them), sweater, a good book, notebook and pen, wallet, mints, toothbrush, tooth paste, and face wash. Also, for you spontaneous people, download the app “Hotels Tonight” for great prices on nice hotel rooms. This has saved us many times! I’ll stop boring you with travel tips and make a separate post about that in the future if you’re interested.

We arrived and then took an Uber to our hotel. After checking in, we ate some snacks for dinner and watched whatever movies we could find on our hotel television. The next morning we woke up, got ready, and headed into the city for a long and eventful day. We Ubered to the White House where we started our long walk and five minutes in, it started to rain. We ended up buying some cheap umbrellas and running to find some shelter and food. To be honest, we had no clue where we were going or what to see, so we grabbed a map and headed to where the most people where and the places with large stars next to them. We ended up in front of the Washington Memorial where I had flash backs to the recent Spider-Man movie and replayed the scene in my head. After asking random people to take photos of us jumping around in the rain, we picked up our heavy and tired feet and made our way to Lincoln. I have been dreaming of seeing his memorial and standing under the feet of this historical leader. I made sure to move everyone away from me and take a solo picture with Abe.

Cait and I began walking to the next place with a large star where we decided it was time to get an Uber back to our hotel and grab some dinner before seeing a National’s game. We ate dinner, put on our red-and-white gear, and began our five minute walk to the stadium. I have a new found addiction of going to baseball games. The lights, the loud crowd, the games in-between innings, and the vegan hot dogs.

I am always sad to leave. I love adventuring in new cities and there is always more I wish I could’ve done and more people I wish I met. But this trip was spontaneous and thrilling. Being in such a different city, a historical city, is something I suggest everyone do. We packed our bags, got on our very early flight, and headed back to Vegas. See you soon Washington. I’ll be back soon!